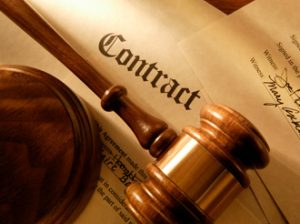 Introduction to the Doctrine of Mistake

To a layman, any obvious misunderstanding of the contract by either party could be categorized as a mistake. However this is not the case. Mistake in the law of contract only applies to fundamental facts that go to the root of the contract.

The effect of mistake in a contract was well espoused by Lord Atkin in the case of Bell & anor vs. Lever Brothers Ltd All ER 51. In this case, Lord Atkin stated:

“If mistake operates at all, it operates so as to negate or in some cases, nullify consent”.

Under the common law, it is generally accepted to be of three types:

In contrast to the above classifications, some other authors[1] have classified it into mistake at common law and mistake at equity. Others[2] still classify it into mistake in common law and equity, with mistake in common law being further divided into mutual and unilateral mistake. These various views of mistake can still be seen as different ways of looking at the same thing. However, the categorization that will be adopted is the one by Cheshire and Fifoot[3] which classifies it into common mistake, mutual mistake and unilateral mistake. Mistake in equity would also be separately discussed.

Some Preliminary Considerations in the Doctrine of Mistake

Before one delves further to fully discuss the doctrine of mistake in the law of contract, there are some preliminary issues that should be ironed out in order to make the understanding of the doctrine clearer. These issues would be highlighted below:

However, in England, this position of the law has been reviewed. This was done in the case of Kleinworth Benson Ltd vs. Lincoln City Council[5]. In this case, the plaintiff bank paid money to the defendant city authorities under a transaction that it believed was legal. Subsequently, it was discovered that this transaction was one that had been made void by law. Thus, the plaintiff sued to recover its money. The House of Lords was unanimous in holding that the age long distinction between mistake of law and mistake of fact was no longer relevant. If there is a mistake, whether it be of fact or of law it would operate to make the contract void. Thus, in the instant case, the remedy of restitution was allowed in order for the plaintiff to recover its funds.

It is however worthy of note that the decision given above is not binding on courts in Nigeria. This is due to the fact that decisions made by courts of foreign jurisdictions after 1st October 1960[6] are only of persuasive effect in the Nigerian Courts.

This occurs when both parties to the contract are mistaken about the same state of affairs. This state of affairs could either be a mistake of subject matter or of title. For example, if A buys a car from B while unknown to them, the car had been destroyed, it is a common mistake.

Common mistake is generally of the following classification:

In the case of Couturier vs. Hastie[7] both parties entered into a contract for the sale of a cargo of corn. Unknown to both parties, during the voyage the corn got fermented and it was subsequently sold off by the captain of the ship. When the seller sued for the contract price, the court held that this was a case of res extincta, as a result, the contract was voided.

Also, in the case of Galloway vs. Galloway, both parties entered into a marriage settlement contract. Subsequently, it was discovered that their marriage was void ab initio (it never existed in the eyes of the law). The court held that since there was never a marriage, there can’t be a marriage settlement.

Also, in the case of Abraham vs. Chief Amodu Tijani Oluwa, the defendant attached a writ of fi.fa to a land that he believed belonged to his judgment debtor. The plaintiff wasn’t sure of his title and as a result, he bought the land. Subsequently, he confirmed that the land was really his own. He thus sought a refund of the price he paid. The court held that the initial sale was void due to the fact that there was a mistake as to title.

Mutual mistake occurs in a situation in which both parties make the error. However, unlike common mistake, it occurs when both parties are mistaken about different things. For example, in a situation in which A agrees to sell his jeep to B. If A intended to sell his Lexus but B thought it was a Toyota, there is a no required consensus ad idem between the parties. As a result, the contract is void for mutual mistake.

It should however be noted that mutual mistake would only be applicable if the error made was a reasonable one.

This occurs when the mistaken party goes into the contract due to a misconception concerning the identity of the other party.  In order for a plea of mistaken identity to succeed, the following conditions must be fulfilled:

In the case of Cundy vs. Lindsay[8] the respondent was defrauded into selling goods on credit to an impostor who was representing another person that he intended to deal with. Unfortunately, before the vice was discovered, the impostor sold the goods to a third party. When the owner discovered that he had been duped, he brought an action to retrieve the goods from the third party. The court held that due to the unilateral mistake, the property in the goods had not yet passed to the impostor, hence he could not transfer same to the third Party. Therefore, the goods were returned to the plaintiff.

This occurs where one party is mistaken regarding the terms of the contract and the other party, knowing this, intends to exploit it to his own advantage. In the case of Hartog vs. Colin & Shields[9] the defendant was a trader of animal skins. He mistakenly sold the products at a price per pound instead of per piece, this made the price of the products unduly cheap. The plaintiff, on seeing this opportunity, readily accepted the contract. When the defendant discovered his error, he refused to supply the products. As a result, the plaintiff brought an action to enforce the contract.

The court held that this was a case of unilateral mistake and a result, the contract was not enforceable.

It should be noted that a contract would be valid despite the error of the other party had no idea that it was an error. In the case of Centrovincial Estate Plc vs. Merchant Investors Assurance Company Ltd[10], a landlord offered to renew his tenant’s lease at a rate of £65,000 per annum instead of £126,000. The tenant, oblivious of this error, accepted the contract. When the landlord discovered his error, he wanted to rescind the contract. The court held that this was not a case of unilateral mistake since the other party was not aware of the error.

[1] Anson: Principles of the  English Law of Contract

[3] Cheshire and Fifoot: Law of Contract

[6] The Nigerian Date of Independence.