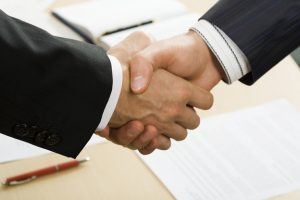 Under the common law, the contents of a hire purchase agreement was drafted by the parties with no intervention from the law. The law presumed both parties to be on equal footing. However, this was wrong due to the fact that the owner usually had the upper hand when a hire purchase agreement is to be drafted. As a result of this, the owner usually took advantage of the hirer as has been seen throughout the application of common law.

The section of the Hire Purchase Act which specifically deals with the exclusion of certain terms is section 3. This section prevents some terms which when inserted could be to the detriment of the hirer. These terms are as follows:

Terms Granting the Owner the Right to Seize the Goods

The Hire Purchase Act in the provision of S. 3 (a) prevents the owner from inserting any term that would give him the right to enter into the premises of the hirer without authorisation in order to seize the goods. The provision states:

Terms Excluding the Hirer’s Right to Determine the Agreement

The provisions of this section are as follows:

Terms Increasing Hirer’s Liability after the Determination of the Agreement

(c) Whereby a hirer, after the determination of the hire‐purchase
agreement or the bailment in any manner whatsoever, is subject
to a liability which exceeds the liability to which he would have
been subject if the agreement had been determined by him
under this Act

Terms which relieve the owner from Liability Occasioned from a Breach of the Agreement by his Agent.

In the case of Campbell Discount Co Ltd vs. Gall[1], there was a clause of such nature. The English court in using the provision of the English Act of 1968[2] rendered such clause null and void.

The exact wording of the provision are as follows:

It is a common practice for owners to insert terms in the hire purchase agreement which mandates the hirer to make use of an insurer of the owner’s choice. The provision of S. 3 (f) puts an end to this practice. The wordings of this provision are as follows:

(f) Whereby a hirer or buyer is required to avail himself of the
services, as insurer or repairer or in other capacity whatsoever,
of a person other than a person selected by the hirer or buyer in
the exercise of his unfettered discretion.

[2] An equivalent provision to S. 3 (e) of the Hire Purchase Act