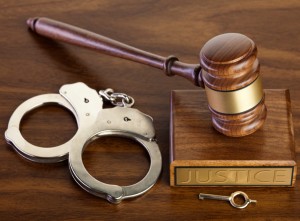 In criminal law, all acts or omissions which amount to crimes are not punished at all times. There are situations in which due to the circumstances of the case, some defences can be raised to free the accused from criminal liability. There are a number of these defences. However, due to constraints of space and time only a handful of them would be discussed. The defences to criminal liability which would be discussed include the following:

The latin maxim de minimis non curat lex literally interprets to mean that the law does not concern itself with trifles. As a defence in criminal law, where an offence is so trivial, it can be used as a defence. The statutory backing for this defence is not in the Criminal Code. It is however in S. 58 of the Penal Code which provides:

As a result, if someone is charged to court for stealing a pen worth 20 Naira, this defence can be utilised to escape liability.

The Defence of Accident

In the case of Iromantu vs State (1964) 1 All NLR 311, the deceased grabbed a gun from the accused. In the struggle to collect back the gun, the accused mistakenly touched the trigger and the gun went off, killing the deceased. The court held that the accused was not criminally liable since the act occurred independently of the exercise of his will.

It should however be noted that accident would not apply if it is reasonably foreseeable that the criminal event would occur.

In the case of State vs Appoh (1970) 2 All NLR 218, two boys were pushing themselves near the river. While doing this, they were warned by another boy that the two boys were playing a dangerous game. As they continued, one of the boys pushed the other into the river and he drowned. The court held that the defence of accident would not apply since it is reasonably foreseeable that pushing near a river could lead to drowning.

The Defence of Mistake

The defence of mistake applies to a mistake of fact. This is embodied under S.25 of the Criminal Code. It provides that a person who acts or refuses to do an act under a reasonable but mistaken belief in a state of affairs, is not criminally responsible. However this would apply if, had the mistaken facts being true, the act would not be criminal.

Before the defence of mistake can be successful, the following must be fulfilled:

Mistake of Fact not of Law

According to the provision of S. 22 of the Criminal Code, Ignorance of the law is not an excuse to criminal liability unless the the law creating the offence states knowledge of the law to be an element of the offence. This is encapsulated in the maxim ignoratia juris non excusat.

In the case of Sherras vs De. Rutzen[1] the accused was held not to be liable under S. 16(1) of the Licensing Act when he served beer to a police officer who he thought was off duty since he wasn’t wearing his uniform. The above case is a mistake of fact not of law since he thought the officer was off duty.

The Mistake must be Honest and Reasonable

For the defence of mistake to apply, the mistake must be one that is honest and reasonable. In the case of R vs Gaddam(1954) 14 WACA 442  the accused killed an old woman who he believed was a witch. The West African Court of Appeal held that this belief was unreasonable and thus a mistake of fact would not be applicable.

It should be noted that there are instances in which the law states that the defence of mistake would not apply. For example, according to S. 233 of the Criminal Code, if a person has sex with a girl under a specific age, it is not an excuse that he didn’t know or he believed that she was under such age.

The Defence of a Bonafide Claim of Right

This defence is contained under the provision of S. 23 of the Criminal Code. This section provides that a person would not be criminally liable for an act or omission done in relation to property in the exercise of an honest claim of right over the property and without an intention to defraud.

The scope of property in this provision has been defined by the provision of S. 1 of the Criminal Code which defines a property as everything animate or inanimate capable of being the subject of ownership. This covers all kinds of property, including land.

In the case of R vs Vega (1938) 40 WACA, the accused was prosecuted for stealing some corrugated iron sheets which were lying around. The accused raised the defence that he took the sheets on the honest belief that they had been abandoned since they were lying there for a long time. The court acceded to this defence.

The Defence of Necessity and Extraordinary Emergency

This defence is contained under the provisions of S. 26 of the Criminal Code. This sections provides that except in the case of compulsion, provocation or self-defence, a person would not be liable for acts or omissions which would result in an offence if such acts or omissions were done in sudden circumstances of extraordinary emergency that a normal person would not have acted otherwise.

It should be noted that this defence has limitations. In the case of R vs Dudley Stephens[2], two shipmen were stranded at sea with a cabin boy. In order to sustain their life, they killed and ate the cabin boy. They court convicted them but their imprisonment was reduced to six months because of the necessary nature of situation.

Generally, judicial opinion doesn’t favour the taking of a person’s life for the satisfaction of necessity. In the case of Buckcoke vs Greater London Council[3] a fire truck driver, in an attempt to rescue a man from a burning building, disobeyed the traffic light, causing injury to another person. Lord Denning held that the fire truck driver was liable for the injury. It should be noted that in this case of the fire truck, the situation was not to the extent that the driver had no other choice to make as provided for in S. 26 of the Criminal Code. This is probably the reason why his defence of necessity could not hold sway.

Judicial Officers and the Execution of the Law

A judicial officer has been defined in S. 1 of the Criminal Code to include the Justices of the Supreme Court, Court of Appeal, Federal High Court, State High Court and an administrative officer engaged in a judicial act, proceeding or inquiry.

In the case of Anderson vs Gorrie (1894) 1 QB 668 it was held that no criminal action could be brought against a judge of a superior court in respect of an act done by him in his judicial capacity even if there is evidence that he acted maliciously.

Also, S. 32 (1) provides that a person would not be criminally liable for any act or omission that is done in execution of the provisions of the law.

However, according to the provision of S. 32 (4) of the Criminal Code, this would not apply to acts or omission which would result in death or grievous bodily harm.