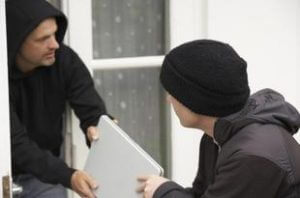 The law doesn’t just frown on the offence of stealing, it is also clearly against the offering of aid to a person who steals. One of the ways that the law deals with the act of aiding a thief is by the criminalisation of the act of receiving stolen property. The offence of receiving stolen property is contained in S.427 of the Criminal Code and S.316 of the Penal Code.

In R vs. Osakwe[1] A, B and C stole a car. X agreed to get them a dealer if the car was in good condition. One of the thieves went to bring the car. As at the time the car arrived, the police got to the scene. The car was in X’s compound while the thieves were also there. The court held that X was not guilty of receiving stolen property because the goods were neither in his possession nor had he already aided in its concealment.

In the case of R vs. Adebowale[2] stolen gin was sold at 10 percent below its market value. Also, they were delivered in kerosene containers instead of the normal gin container. It was held that the above situations could be considered as unreasonable circumstances to warrant suspicion of stolen property. See also: R vs. Braimah[3]

Also, according to the provision of S.36 of the  Evidence Act(()) the following are adequate in order to prove the knowledge of the accused in the offence of receiving stolen property:

There is also something called the doctrine of recent possession in proving the offence of receiving stolen property. This is contained in S.167 (a) of the Evidence Act. According to this provision, if soon after a particular property has been stolen, they were found in another person’s possession, such person would either be assumed to be the thief or to have received stolen property. However, this would not apply if the person involved can give a reasonable explanation for the state of affairs.

Thus, in the case of R vs. Iyakwe[4], it was held that being in possession of shoes stolen five months previously was enough to establish that the accused received stolen property. See also: Martins vs. The State[5].

Finally, it should be noted that where the stolen property was converted to another state, the person who receives the converted goods would not be held to have received stolen property[6].

One thought on “THE OFFENCE OF RECEIVING STOLEN PROPERTY”