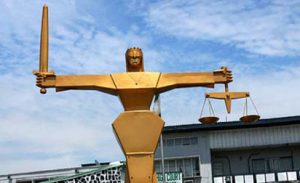 Jurisdiction of the Court 0f Appeal

The Court of Appeal pursuant to the provision of S.239 (1) CFRN has exclusive jurisdiction to:

Appointment and Qualification for Justices of the Court of Appeal

Justices of this court are appointed by the President on the recommendation of the national judicial council[5]. Before a person can be qualified to hold the office of Justice of this court, such person must have been a legal practitioner for not less than 12 years[6].