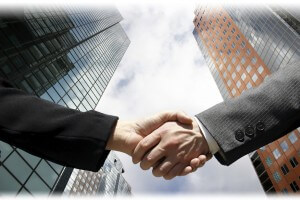 The Required Capacity for the Formation of an Agency Relationship

It is a general rule that whatever a person can do by himself, he can appoint an agent to do for him. The only time this would not apply is when it is statutorily provided that the act must be done by the principal in person. For example, according to the provisions of S. 2 (2) (a) of the Hire Purchase Act, it is provided that the memorandum for a contract of hire purchase should be signed by the hirer. In this instance, the hirer cannot send a representative.

Conversely, a person who lacks capacity cannot appoint a person who possesses capacity to act as his agent unless it is an action that he can normally undertake – like the purchase of necessaries in the case of an infant. See Doyle vs. White City Stadium Ltd[1].

Also, a corporation cannot appoint an agent in the case of an issue which is ultra vires its memorandum of association. This is due to the fact that it lacks the capacity to do the act itself. See Re Jon Beauforte 1953 Ch. 131.

The Form for a Contract of Agency

There is no specific prescribed form for the appointment of an agent. It could either be oral, in writing or implied from the circumstances of the case. A contract of agency can be oral even though the contract which the agency seeks to execute is one that is required by law to be in writing.

An exception to this is a situation in which the agent is expected to execute a document via a deed. In this instance, the agent must also be appointed via a deed. This rule is known as the power of attorney.

There are also instances in which statutes specifically prescribe that a contract of agency must be evidenced in writing. An example is in the provision of S. 172 of the old Companies Act 1968 which provides that when a director appoints an agent to sign on his behalf a ‘consent to act’ as director, such appointment should be made by writing.

Modes for Creating an Agency Relationship

The modes for creating an agency relationship can be broadly classified into direct and indirect modes.

Direct Modes for the Creation of an Agency Relationship

Direct modes are those modes in which both parties consciously agree to the formation of the agency relationship. Under this mode we have:

An express/written agreement is one that is made in writing. As stated above, there are some situations in which the law requires that the appointment of an agent be in writing. Any agency contract in contravention of these provisions of law would be deemed ineffective. In the case of Abina & Ors vs. Farhat[3], an agent was appointed on verbal authority to sign a deed. The court held that this deed was ineffective since the agent wasn’t appointed by a power of attorney.

Oral agreements are those in which the principal appoints the agent by word of mouth. However, it is advised that agency relationships should be outlined in writing. The reason for this is due to the fact that a written agreement would expressly state the duty and obligations of the various parties. Thus preventing further ambiguity.

Indirect Modes for the Creation of an Agency Relationship

Indirect modes for the creation of agency relationship are those in which the parties do not consciously agree to the formation of an agency between them. Under Indirect modes we have:

Implied approval in the formation of an agency relationship can either be through an agency by estoppel or an agency by necessity.

Agency by estoppel occurs in a situation in which the principal represents to a third party, orally or by conduct, that the agent represents him. If on the strength of this statement, the third party significantly alters his position, the principal would be bound by the agent’s actions.

Agency by necessity occurs in a situation where due to emergency circumstances, a person acts as agent for another person. In the case of Prager vs. Blatspiel[4] it was held that a shipmaster could sell perishable goods — in order to save them from ruin or destruction — if it is impossible for him to contact the true owner of the goods.

For agency by necessity to apply. The following conditions must be met:

It is retrospective in nature, the principal ratifies the act of a person who was not his agent at the time the action was carried out.

4 thoughts on “FORMATION OF AN AGENCY RELATIONSHIP”