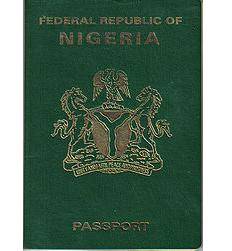 The citizen of every nation is very important to that nation. There are certain rights and privileges that are only available to citizens of a country. Thus, every nation has a way of determining who is/isn’t a citizen and steps for acquiring citizenship.

For example, in Nigeria major offices like the President[1], Governors[2], The National Assembly[3] and State House of Assembly[4] cannot be occupied by a person who has voluntarily acquired the citizenship of another country.  However, this is subject to the provision of S. 28 of the 1999 Constitution[5].

According to the provisions of S. 25 of the 1999 Constitution. The following people are regarded as citizens of Nigeria by birth:

According to the provision of S. 26 (2) only two categories of people can apply for citizenship by registration:

A person who isn’t qualified to be a citizen of Nigeria by birth or by registration can still apply to be naturalised as a Nigerian citizen. To do this, such person can apply to the president for a certificate of Naturalisation[9]. However, according to the provisions of S. 27 (2) (a) – (g) such person must satisfy the president that:

It should be noted that according to the provision of S. 307 of the 1999 Constitution, a citizen by naturalisation or registration cannot hold an elective or appointive post till a period of ten years have elapsed after acquiring his citizenship.

A Nigerian who is of full age can renounce his/her citizenship by applying to the president for such[12]. The President would register the application, upon which the applicant ceases to be a Nigerian citizen[13]. However the President can reject such application if it is made during a war in which Nigeria is physically involved or it is contrary to public policy[14].

For the purpose of renunciation of Nigerian citizenship, S. 29 (4) of the Constitution provides that anyone who is at or above 18 years or is a married woman is qualified to renounce his/her citizenship.

The Nigerian President can deprive a naturalised citizen of his Nigerian citizenship if such person bags an imprisonment of three years or more within a period of seven years after he was naturalised.

The President can also deprive a registered or naturalised citizen of Nigeria of his citizenship if he is considered to be disloyal to the Federal Republic of Nigeria. This consideration would be based on his acts or speech or after due enquiry by the President in a manner stated in the regulations. Please note that the act or speech must relate to what he did or said from the records of proceedings of a court of law or tribunal established by law[15].

Also, the President may deprive a citizen by registration or naturalisation of his citizenship if he trades with the enemy of Nigeria during the period of war in which Nigeria is physically involved or conducts business that is against the interest of Nigeria[16]. This applies to both registration and naturalisation.

[5] This section deals with dual citizenship