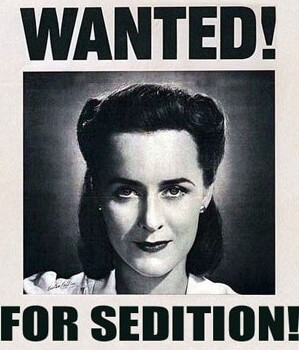 The Right to Freedom of Expression

In every democratic society, each and every member of the society is granted the right to freedom of expression. In Nigeria, this right is contained in the provision of S. 39 of the 1999 Constitution.

However, this right comes with its own limitations. If this freedom is left unfettered, it is sure to be abused by members of the society. This is why it is provided for in S. 39 (3) and S. 45 (1) of the Constitution that the provisions of S. 39 would not invalidate any law that is reasonably justifiable in a democratic society.

Also, in determining the extent of a person’s right to freedom of expression, the court per Ademola CJ in the case of DPP vs. Oby[1] stated:

A person has every right to discuss any grievance or criticise, canvass and censor the act of government and their public policy. He may even do this with a view to effecting a change to the party in power or to call attention to some of the weaknesses of the government so long as he keeps within the limits of fair criticism.

It is due to this reasoning by the court that the offence of sedition has to be put in place.

Sedition can be aptly defined as any act, speech or publication that is done with a seditious intention. Seditious intention has been defined by the provision of S. 50 (2) of the Criminal Code. It provides:

(a) To bring into hatred or contempt or excite disaffection against the person of the President or of the Governor of a State or the Government of the Federation; or

(b) to excite the citizens or other inhabitants of Nigeria to attempt to procure the alteration, otherwise than by lawful means, of any other matter in Nigeria as by law established; or

(c) To raise discontent or disaffection amongst the citizens or other inhabitants of Nigeria; or

In determining the actus reus for sedition, the court in the case of IGP vs. Anagbogu[2] held that the act of writing an article with a seditious intention is enough to amount to the offence of sedition.

The provision of S. 51 (2) further makes arrangement for situations in which would not be regarded as constituting seditious intention. It provides:

But an act, speech or publication is not seditious by reason only that it intends-

It is further provided for in S. 50 (3) that in determining whether an act was done with a seditious intention, such person would be deemed to intend the natural consequences that would flow from his actions.

The Punishment for Sedition

The Criminal Code in S. 51 provides for the punishment in the offence of sedition. The section states:

(a) Does or attempts to do, or makes any preparation to do, or conspires with any person to do, any act with a seditious intention;

(b) utters any seditious words;

It should also be noted that when it comes to the uttering of seditious words, a person cannot be convicted on the uncorroborated testimony of just one witness[5].

13 thoughts on “THE OFFENCE OF SEDITION IN NIGERIA”