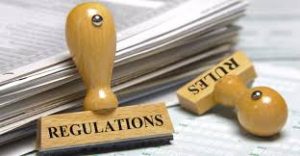 Legislation can simply be understood as the law enacted by a body empowered to do so. It is the source of law that most people are familiar with. It can be rightly regarded as the main source of law. In present day Nigeria, legislation for the Federation is made by the National Assembly. This is backed up by the provision of S. 4 (1) of the 1999 Constitution of the Federal republic of Nigeria (as amended) which provides:

The legislative powers of the Federal Republic of Nigeria shall be vested in a National Assembly for the Federation, which shall consist of a Senate and a House of Representatives.

Before legislation can be enacted in a democracy, it has to pass through some procedures as provided for in the Constitution. On the other hand, in the case of A.G.F vs. Guardian Newspaper Ltd and Ors[1] it was decided by the courts that all it takes for a decree to be enacted is the valid signature of the military Head of State.

Legislation is also delegated to non-legislative bodies by provisions of the Constitution. For example, the constitution in S.248 provides that the President of the Court of Appeal is empowered to make rules to guide the practice and procedure of the court. There are similar provisions for the head of other courts[2]

The rationale behind the delegation of legislation is due to the fact that the legislature cannot monitor all facets of public life. There are people who are experts in a particular field, hence they would be more qualified to make laws that would guide regulation in such areas. In the example presented above, legislative power is given to judges in order to make laws guiding judicial proceedings. It would be very tasking and redundant if the legislature is the one that has to make law for practice and procedure in the law courts. Such activities are best left in the hands of experts.