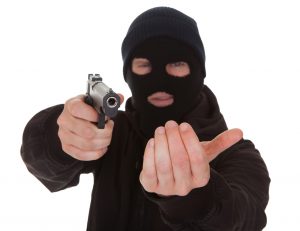 The Offence of Robbery

The vice of robbery is something that has plagued humanity for as long as can be remembered. As a result, different societies over the years have criminalised this vice. The Nigerian society is not left out. This vice has been criminalised by S.401 of the Criminal Code and by the provisions of the Robbery and Firearms and Act.

According to S.401 of the Criminal Code:

Any person who steals anything, and, at or immediately before or immediately after the time of stealing it, uses or threatens to use actual violence to any person or property in order to obtain or retain the thing stolen or to prevent or overcome resistance to its being stolen or retained, is said to be guilty of robbery

It should be noted that the accused would not be guilty of the offence of this offence if at the time he took the property, he believed that he had a legal right to deprive the victim of the property[1].

Conversely, in the case of Njuguna vs. Republic[3], the accused burgled a house and carted away some valuables. Later on, he was discovered −without chase− with the goods at a distance of about 500 yards away from the scene of the crime. He resisted −with violence− attempts at repossession of the goods. It was held that this wasn’t a case of robbery considering the fact that the act of violence did not occur immediately after he stole the goods.

According to the provision of S.1 (1) of the Robbery and Firearms Act the punishment for this offence is imprisonment for not less than 21 years.

The Offence of Armed Robbery

According to S. 1 (2) of the Robbery and Firearms Act, armed robbery would occur if the accused, while carrying out robbery, was armed with a firearm or any other offensive weapon or was in company with a person so armed. If a person is found guilty of armed robbery, such person would be sentenced to death. This punishment would also apply if the accused wounds any person immediately before, during or after the robbery.

According to the provision of S. 1 (3) of the Act, the execution of a convicted armed robber is either by death or firing squad. The choice between these two modes of execution is to be made by the governor[4].

An important ingredient in securing conviction for this offence is the use firearms and offensive weapons as provided for in S. 1 (2) (a).

Firearms has been defined in S. 11 of the Robbery and Firearms Act as:

…any canon, gun, rifle, carbine, machine-gun, cap-gun, flint-lock gun, revolver, pistol, explosive or ammunition or other firearm, whether whole or in detached pieces

Offensive weapon has been defined as

any article (apart from a firearm) made or adapted for use for causing injury to the person or intended by the person having it for such use by him and it includes an air gun, air pistol, bow and arrow, spear, cutlass, machete, dagger, cudgel, or any piece of wood, metal, glass or stone capable of being used as an offensive weapon.

In the case of John Nwachuckwu vs. The State[5], the accused carried out robbery with the use of a toy gun. The court held that although the threat of violence was present at the performance of the act, it would only amount to robbery. This is due to the fact that a toy gun does not fall under the category of firearms or offensive weapons as provided by the Robbery and Firearms Act[6].

It should be noted that according to the provision of S. 4 of the Act, any person or hospital who treats a person suspected of having sustained gunshot wounds must immediately report the incident to the police. Failure to do this would amount to:

5 thoughts on “ROBBERY AND ARMED ROBBERY”